The homeowners originally had a traditional set-up of heat-only boiler and open-vented cylinder. The boiler had developed a number of issues that had essentially made it uneconomically viable to repair. It would prove much more cost effective to swap out the old boiler and install in its place a highly efficient energy saving condensing boiler.

Based on the requirements of the homeowners, we installed a Worcester 42 CDi Classic combi boiler. Since these modern boilers don’t give off much in the way of surplus heat, we installed a small radiator in the airing cupboard so that this space can still be utilised as a drying room. Once completed we again installed shelves, commissioned the appliance & explained all features of the boiler & central heating controls. 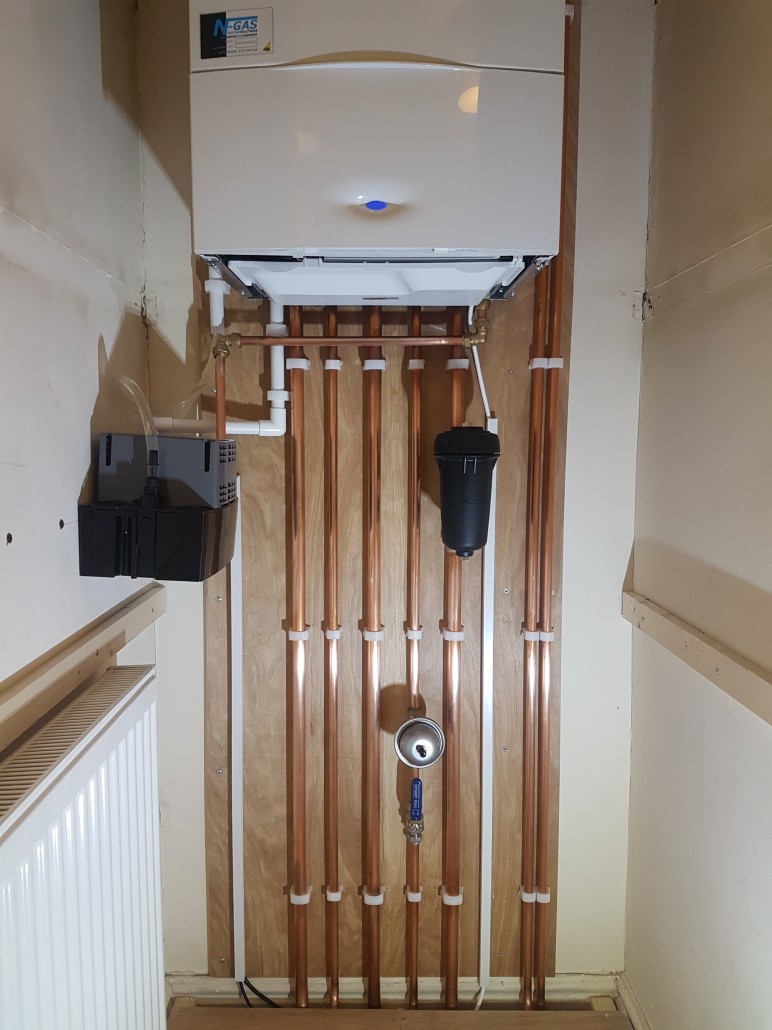 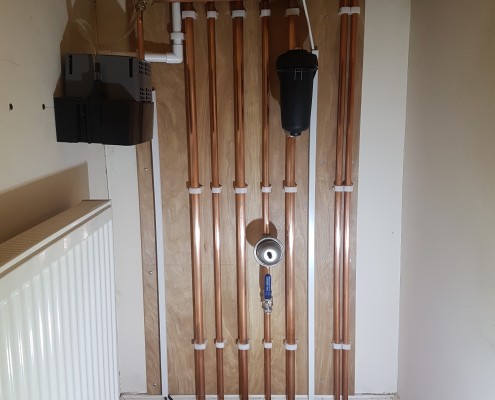 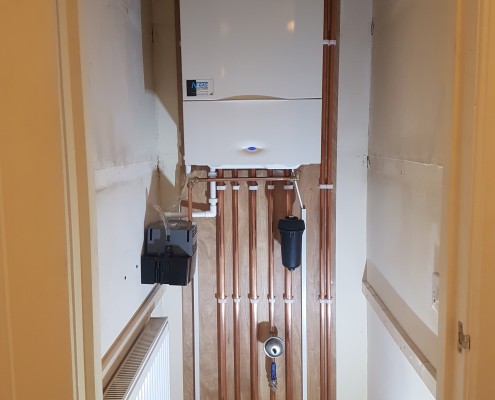 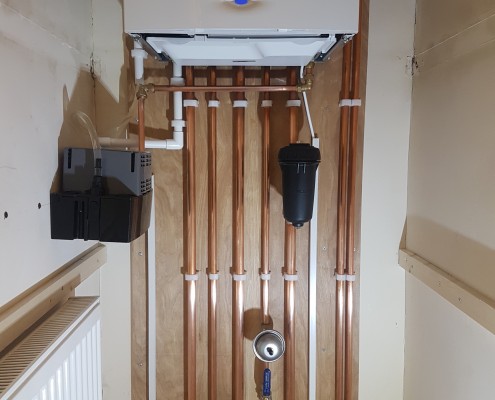 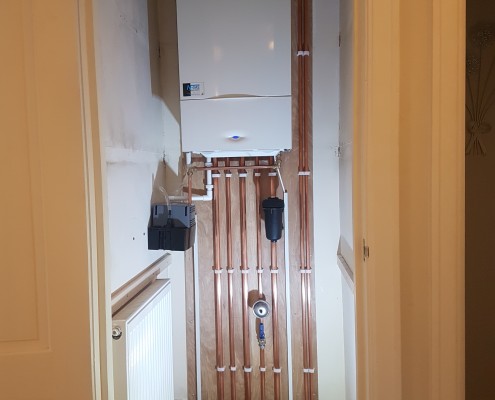 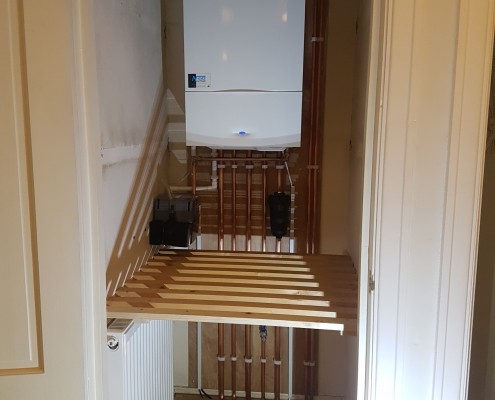 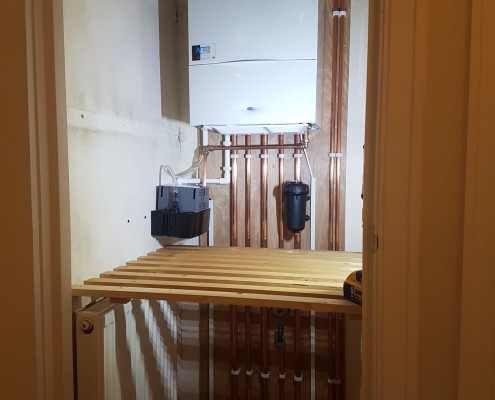 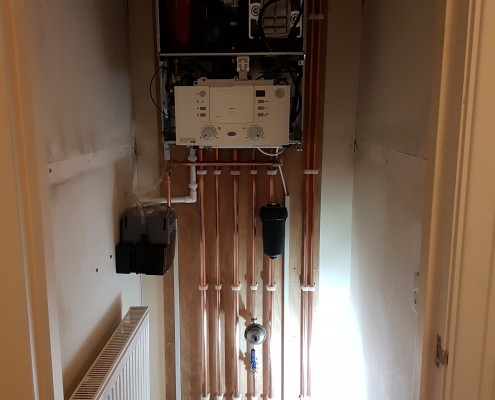